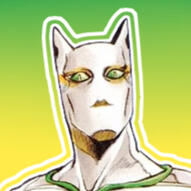 Hi! I'm Cebi/Sinclair (used interchangeably, dont worry) and I rlly like to draw stuff!!
Anywho, I’m 19 (march 27) and brazilian (white). I use he/him or they/them pronouns!

My actual gender identity is dialgagender, a term I coined by myself, but I’m okay being called a dude or transmasculine! In fact, these are my identities/labels:

You can call me:

Due to recent events I also like to be called Yakk :-3

If i follow you, please tag the following things under #mantis dont see

🌻dog death/ran over dogs🌻
(this includes laika the space dog!!! please dont tag it as just laika bc i like the studio too)

My name, Cebi, is based on Celebi! That Pokemon is a huge comfort character even tho I haven’t watched it’s movie yet!
🌻
Pokemon is one of my biggest special interests, and Super Mystery Dungeon/Pokemon XY are my favorite titles!
🌻
I was raised in a spiritism-following family but I’m actually pretty much a LaVey satanist even tho i do believe in ghosts n shit because my family has a history with that stuff lmao
🌻
My favorite color is yellow!
🌻
I love vaporwave and pastel goth!

All ace people matter, and you shouldn’t exclude or ridicule an entire group of people because of hypothetical “cishet invaders”. All aro people also matter.
🌻
Trans people matter, and being trans varies from person to person! You don’t need any specific type of dysphoria to be trans and there is no specific way to be trans.
🌻
Respect women and know feminist history. Protect their rights and don’t stand only for your cisters
🌻
All in all be nice and gentle to people instead of throwing darts and mocking already marginalized groups because of “potential invaders”. I hate this site so much

If I see you tagging trans women/ and/ or feminine boys as “tr*p” you will be blocked. Same goes if you're TME and call yourself f!mboy, as if trans women aren't constantly voicing their discomfort with that term so shut up.
🌻
Ddlg freaks me out, don’t interact with me if you happen to be a blog focused on that, or if you have that kink
🌻
Terfs, truscum/transmeds, pedophiles/maps/nomaps, aphobes, nazis: I see you bitch and I'm coming for your throat
🌻
Please let me know if you want anything tagged its not a problem at all! I usually tag them without slashes in the end because I don’t want to take risks but ill try my best
🌻
Aye Yo if I reblogged from someone who’s nasty id like it if you told me. Even if they added stuff and aren’t the op I’ll try and get the og one! No problem for me! I’d also like some receipts (callouts, screenshots etc) if possible so I can know I’m doing the right thing
🌻
since I’m white I can’t speak for or, even worse, over the voices of people of color. Yeah I’m latino but that doesn’t give me the right to say anything about latinos of color either. So I tag, or try to tag, everything I think would matter in racial/ethinical situations as I’m white t! If you see I said/reblogged misinformation or feel like I’m speaking over people of color please ask me off anon (of ur comfortable) about it, I won’t answer it if you don’t want me to or answer privately
🌻
And in that same vein, if you see me spreading misinformation at all, in a general matter, please tell me! While I'd like stuff to be told to me Nicely, I'm not going to demand that nor is it my right to. I understand if people get upset at me for saying bullshit and I'll try to make up for it! We're all human beings and we all make mistakes, so it's only fair we try to learn from them.
🌻
just like…. let me know if you’re an exclusionist so i can block you lol. I know both parts of this discussion have gone to Absurd extremes sometimes but like, I’m ace AND aro and your movement made me scared to make an ace flag bc i thought itd be turned into a meme and also I’m scared to use my flags for icons and be bullied for it, and we all know this side of the “discourse” will always be like “he has an ace/aro x character icon lol” and like, I don’t want people like you here
🌻
please, please, PLEASE don’t send suicide baits, gross possible triggering stuff (like wish you would [graphic description of death]) or death threats to people that are shown being dumb, condescending, or bigoted here. Not even the ones I make or reblog callouts about. It’s never okay to play with people’s mental health like this and trigger panic attacks, we’ve been over this. Don’t do it, I don’t condone it and don’t want you to do it to anyone. I may call them a stupid dumbass or idiotic fuckhead or something but don’t actually go as far as send stuff that could trigger suicidal thoughts. Don’t send any sort of Anon hate on my behalf.

Before I begin let me tell you that I usually interact with things very loosely - as in, only reading wiki articles for characters that interest me instead of actually watching/reading the source material

That usually happens because I don't have the emotional stability to handle That much information at once, or canon is so littered with death and other things I can't handle that it'd make me have a breakdown if i were to subject myself to it.

And in other moments, what I'm attached to are the characters and potential instead of the actual content. The feelings and bonds I've made with some characters before realizing their source was awful and moving on still remain strong, and i keep cycling back to it only for them, but in a version i created for myself.

Tl;dr: i interact with media in a very self indulgent way because I get emotionally overloaded very easily and also i rewrite characters a lot

Peep and the Big Wide World

I use kin stuff as a coping mech and basically don’t take it too seriously. It’s something that helps me find some ground when im feeling too out of it and also its just for fun at times.

I don’t have any poc in this list anymore because I understand personality is shaped by ethnical experiences and I can’t separate them. I still relate to characters like Jyushi and Gundham, but it’s more of a “kindred spirits” thing than a “thats me” thing (aka, I can relate to them, but I understand that it’s not 100% now)

I have some characters who’ve become quite important to me through my life - for one reason or another - and if they make you uncomfortable, or if I need to tag one of them specifically, I’d be more than happy to do so!